16 Australian Snacks Every Aussie Knows About 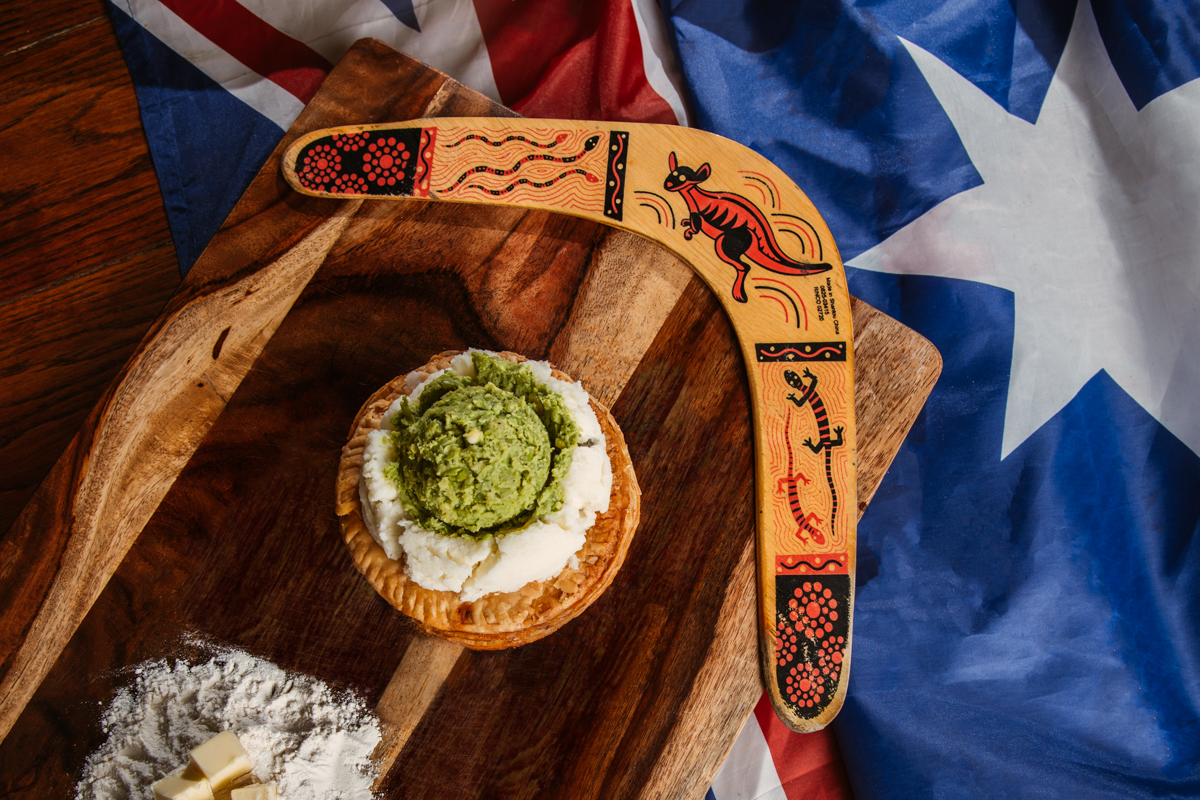 Is there anything more fun than trying food and snacks from different cultures? We don’t think so! Australia is one of the most beautiful and exciting places to visit, but what makes it even better is the wide variety of amazing Australian snacks!

We know it can be daunting trying to figure out where to start when you’re looking for fun new foods to try, so we put together this list of the most popular Australian snacks that every Aussie knows and loves! The snacks on our list can be found all over the place in Australia— from Australian food trucks, grocery stores, and even local bakeries!

The Tim Tam is known affectionately as Australia’s favorite cookie— and for good reason! These delicious biscuits (or cookies, to non-Australians) are made by sandwiching a generous portion of sweet chocolate cream between two chocolate biscuits and then dipping the sandwich in a coating of chocolate. Tim Tams come in a variety of flavors like Double Chocolate and Mint Chocolate, so you’re sure to find some to suit your fancy. Fun Fact: Tim Tams are so popular that they have their own holiday! February 16th is known as the Australian Tim Tam day.

There’s nothing more Australian than a classic meat pie. These delicious, hand-held Aussie snacks are traditionally made with ground beef, gravy, and onions baked into a flaky pie crust. There are a ton of delicious varieties, however, so the sky is really the limit when it comes to Aussie meat pie flavors.

Practically every Aussie kid grew up eating these snacks at birthday parties. If you give an Aussie friend a bag of Cheezels you’ll immediately send them on a trip down memory lane! This snack is made of corn, covered in orange cheese powder, and is shaped in a thick ring.

Another childhood favorite for many Aussies is Fairy Bread. This delicious treat is made by spreading butter or margarine on untoasted white bread, and then topping it all with colorful sprinkles (called hundreds and thousands by Aussies).

Lamingtons are a classic Australian sponge caked dipped in a layer of dark chocolate sauce and then sprinkled with shaved coconut. These cakes are incredibly delicious, and the sponge cake is so light (much lighter than normal sponge cake) that it seems to almost melt in your mouth!

A bit of a controversial Aussie staple, Vegemite is a super salty, yeast-based spread that’s dark brown in color. Most fans of Vegemite are Australian citizens, but there are still many Aussies who hate the stuff. If you’re keen to try a bite of the famous spread, we suggest putting some on warm toast.

Cherry Ripe is Australia’s oldest chocolate bar and is quite famous. The bars are made by mixing ripe cherries and shredded coconut and then coating them with dark Cadbury chocolate. Many people love these sweet treats, and they’re definitely worth trying at least once!

Shapes are an incredibly popular Aussie snack that comes in a variety of flavors. These are extra popular with school children who pack them in their lunch, but adults enjoy them too. These crackers are super tasty, and there’s a lot of debate over which flavor is best between Pizza, Barbecue, and Chicken Crimpy. You’ll have to try all three for yourself!

Sausage rolls, like Aussie meat pies (also called Aussie hand pies), are one of the heartier snacks found on this list. These delicious hand-held morsels are made by encasing seasoned sausage meat in pie crust dough and baking it to perfection. These are the perfect on-the-go snack.

If you’re a fan of the mint and chocolate combo, you’ll love Mint Slice Biscuits. Made by Arnott’s (the same company that makes Tim Tams), these biscuits are simply delicious. A slice of mint patty (hence the name) is placed atop a crunchy cookie, and then it’s all dipped into decadent dark chocolate.

This is such a cute chocolate treat that it’s impossible to leave off the list! This chocolate koala is the same as a regular Cadbury Caramello, but in the delightful shape of a happy koala bear. These make great souvenirs but are also just a delicious sweet snack as well.

Another Australian candy that’s well worth a purchase. These chocolate-covered bars are filled with a crumbly honeycomb toffee. Be sure to eat these somewhere you don’t mind a bit of a mess. As the name implies, the bar can crumble!

Minties are an interesting Aussie snack that fall somewhere between chewing gum and peppermints. These tasty and refreshing treats are mint-flavored and chewy. We’d describe the experience of eating Minties as similar to eating a less chewy salt water taffy.

Twisties are another cheesy snack known and loved by Aussies everywhere. These are similar to American Cheetohs, but they come in two flavors: classic cheese and chicken. Much like with Cheetohs, you’ll be licking your fingers after you finish the bag!

These snacks remind us a lot of American Fun-Yuns, but they’re flavored with beef burger flavoring. They’re delicious but super addicting. You’ve been warned!

These biscuits were originally made to send to the Australian and New Zealand Army troops during WWI, and have stuck around to this day. They’re made with butter, sugar, oats, and coconut (all ingredients that didn’t spoil easily), and are the perfect crunchy cookie.

There are a ton of amazing Australian snacks to eat, and it’s hard to go wrong with any of them! These are definitely some of the very best, but the list is seemingly endless!

2 responses to “16 Australian Snacks Every Aussie Knows About”