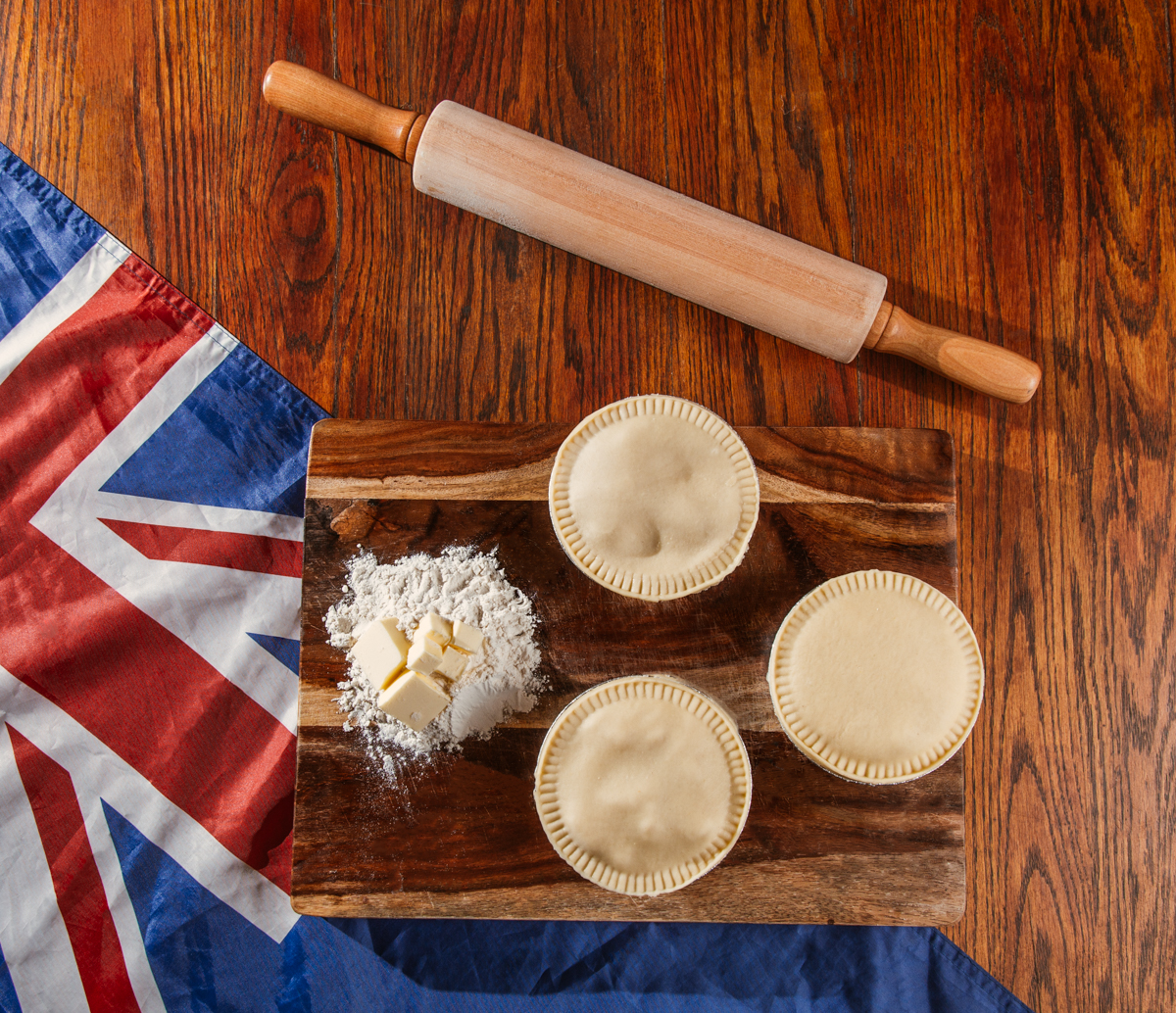 Eating an Australian meat pie is a great way to sit back and devour the national food of this country. But, no matter where you tasted your first Aussie meat pie, it is likely that its taste will stick with you for a long time.

Are you interested in learning more about these Australian meat pies? How are they made? What goes in their stuffing? And what makes them so delicious?

Read on to find some of the great Australian meat pie FAQs!

How Big are Aussie Meat Pies?

The Australian meat pies aren’t huge. When we think about a traditional fruit pie, we assume it is big enough to feed eight to ten people.

An Aussie meat pie is a small, single-serving pie enough to feed one person at a time. Most of these pies are small enough to fit into the palm of your hand, making the traditional Aussie meat pies measuring between 2 to 3 inches in diameter. Just the perfect serving size to warm you up and treat you to a great meal. But since Aussie meat pies taste heaven, you might up binging on several more at a time!

What Kind of Sauce Should I Use on a Meat Pie?

There are a few things that will make an Aussie meat pie authentic.

You may notice that these pies are similar to the ones found in Britain, except that the Aussie meat pie is smaller in size. While the British varieties are big enough to feed the whole family and are similar in size than traditional fruit pies, our Aussie buddy is small enough to fit into your palms.

Next up is the type of meat filling going inside an Aussie meat pie that makes it authentic. An American pot pie carries chicken stuffing, or you can make a shepherd’s pie that has mashed potatoes all over the top.

However, neither of these is the same as the Aussie meat pie. With the Aussie meat pie, it’s the chunky or ground beef or steak going inside. There can be potatoes, but they are chunks of potatoes mixed in with the vegetables and gravy rather than spread out on the top.

The sauces are also crucial to the Aussie meat pie. While some people don’t like the gravy in their pies, an authentic meat pie always carries gravy mixed in with the meat, vegetables, and potatoes each time. And on top of the flaky and buttery crust that holds all the ingredients inside, you will often find a little dollop of gravy, ketchup or other sauce to help finish the meal.

of course, if you’re doing it the Aussie way, you’ll stack mashed potatoes, mushy peas & gravy on top of your pie. Mmmmm!

What Meats Go In an Aussie Meat Pie?

If you’re making a traditional Australian meat pie, you need to add chunky beef to the pie to get it just right. Ground beef is another popular option to go with because it’s inexpensive and easy to cook up in the pie. Many pie lovers like to use steak and have it marinated in the gravy as well.

Technically, you can use any meat you like in your meat pie. There’s no hard and fast rule! In fact, these recipes turn out great with chicken, turkey, and other forms of meat as well.

However, when you do change up the meat, be aware that it is technically not an Aussie meat pie any longer, and the gravy may or may not fit with the taste you are looking for.

To get the truly authentic taste, you need to go with the chunky beef variety.

Once you taste these meat pies, you might wonder how anyone can keep their hands off of them?

Yap, they taste that good.

Aussie meat pies are very common in Australia. You can easily find them in a frozen batch in most grocery stores in the area. Many families will choose to make some of their own recipes as well. It’s estimated that each Aussie will consume 12 pies a year on average, though some will enjoy this much more than that!

When is the Aussie Meat Pie Eaten?

You can eat the Aussie meat pie any time you like. It works well for supper, though you can take them during lunch as well. It’s totally up to you. And while many families may bring it out during the winter to keep warm or enjoy when they have a special occasion or holiday, this is a dish that can be enjoyed at any time.

The Aussie meat pie is often considered the national dish in Australia. This is because it’s famous in both New Zealand and Australia. While there are several varieties to choose from, the classic version with the flaky crust and ground beef and vegetables with gravy is the most iconic one out there!

When you’re ready to try something truly unique and natively Australian, get your hands on our Australian meat pies!