What is the Difference Between an Australian Meat Pie and an English Meat Pie? 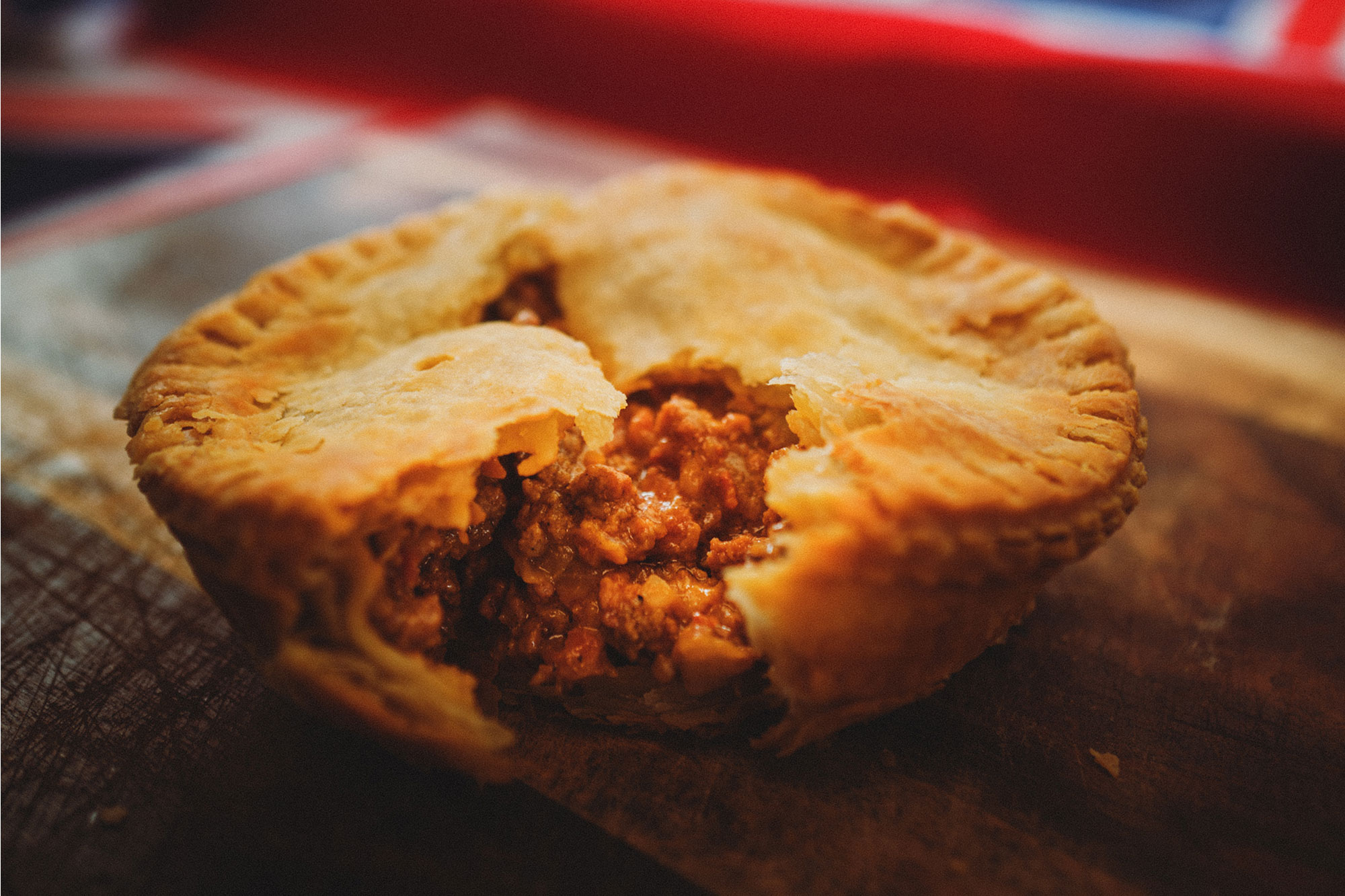 Almost every culture has its own version of a meat pie. Wherever you are from, your country is sure to have a variation of this tasty meal. Some countries take pride in their version, swearing that it is the best. But most can agree that Aussie Meat Pies are the best.

Australia and England are known for their meat pie battle of who is better. Of course, if you are from Australia you will most likely pick their meat pie and vice versa. But what is the difference between the two?

If you are curious about the difference between Australian meat pies and English Meat pies look no further. Continue reading below as we compare and contrast these hearty delicious treats. And choose who we think wins the meat pie battle.

What Is An Australian Meat Pie?

It is noted that original meat pies were made with mutton, a cheap alternative to whole cuts of beef or vegetables. These hand-sized pies are considered to be the “fast food” of Australian culture, similar to what the hotdog is to America. They are affordable and delicious and offer plenty of varieties to choose from.

Australian meat pies first became a mainstream dish when the colonists first arrived in Australia. They were served at the King’s birthday and became a hit right away. Ever since people have created variations and passed down family recipes from generation to generation.

It is estimated that Australians eat 270 million meat pies per year. That is almost 12 meat pies per person annually! They are sold in restaurants, bakeries, and made by locals in every town.

Australian meat pies can be served hot or cold, depending on how you like them. But hot pies are most common, especially on cold winter days. Cold pies can always be heated to your desired temperature. And frozen meat pies can be stored and saved for later.

What Is An English Meat Pie?

English meat pies can be traced back centuries ago. Their history is centered around butter and lard, rather than oil because oil was more scarce during these times. And also more expensive.

Meat pies were a solution for providing a nutritional and satisfying meal that kept you full for a while. Since food was harder to come by, these meat pies provided everything that you needed to survive, fat, protein, and carbohydrates.

In their infancy, the crust or shell of the pie was often discarded as it was just a vessel to transport the pie. But this has changed throughout the years. People now love to savor the crust of the meat pie.

English meat pies differ from their Australian counterparts because they are larger. Think of a standard apple pie, but filled with a savory filling. These pies are cut into slices and eaten in pieces rather than having a whole pie to yourself, it is shared amongst friends and family.

The Migration Of The Aussie Meat Pie

Aussie meat pies in the USA can be found in almost every major city in each state. Australian meat pies can found in the Philadelphia area with G’Day Gourmet being one of the best around.

G’Day Gourmet not only sells fresh hot and steamy meat pies at their mobile location that can be found in various parts of the city, but we also sell our meat pies online. Our meat pies can be shipped directly to your door anywhere in the United States.

While traditionally meat pies are the minced meat and gravy varieties as mentioned above G’Day Gourmet serves some very delicious alternatives. You can choose from a mouth watering beef, bacon and cheddar meat pie or the hot and savory steak and stout meat pie. We have Lamb and Rosemary pies, and Chicken and Leek meat pies as well.

The inclusion of vegetarian options is sure to appeal to a broader audience and can introduce you to a new type of pie. Our Vegetarian meat pies have spinach and feta cheese that will be sure to hit the spot.

Why Australian Meat Pies Are The Winner

The first reason Australian meat pies are the winner is their handheld size. They make the perfect on the go snack which is perfect for sporting events, lunch breaks, or any other on the go activity. They don’t require extra utensils or plate wear, only your hand and maybe a napkin.

The second reason these pies are the winning meat pie also relates to their smaller size. Since these pies are smaller than the other meat pies, they do not dry out in the center as easily when cooked. Their smaller size allows them to cook quickly and evenly. This quicker method of cooking keeps the inside filling moist and delicious.

Why Wait? Order Yours Now!

If you have decided that you would like to try an Aussie Meat Pie in the USA, you should reach out to us today at G’Day Gourmet. We will gladly deliver an arrangement of Australian meat pies right to your door! We offer 6, 9, and 12 packs of our pies, as well as sampler packs if you want a variety.