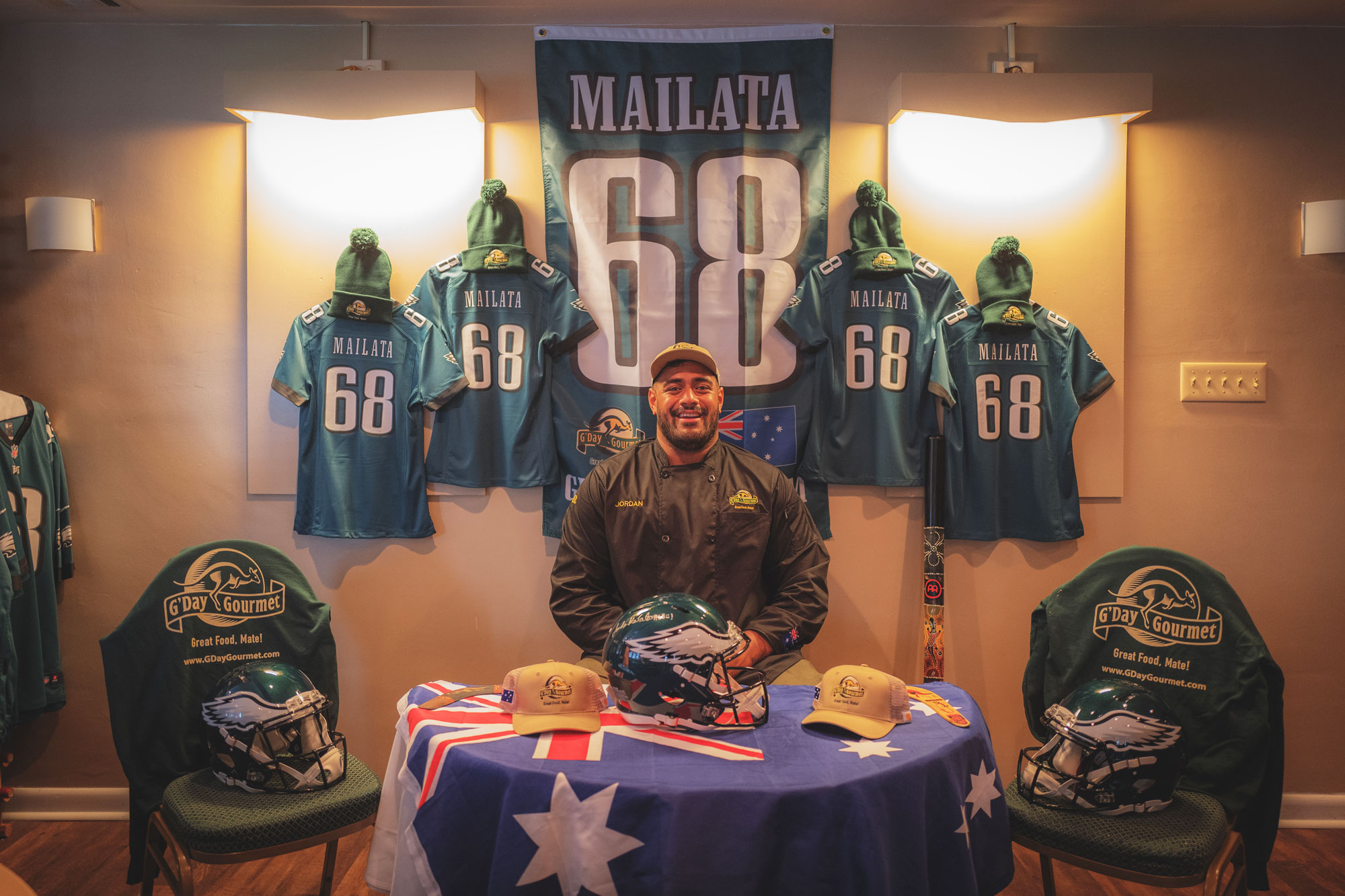 Jordan Mailata was born on March 31st, 1997 in Bankstown, New South Wales, Australia. He was born to Samoan parents who immigrated to Australia before Jordan was born. He has two brothers and one sister.

Jordan attended Condell Park high school in Condell Park, New South Wales, Australia. Jordan Mailata is from a family who loved and enjoyed playing the sport rugby. Jordan as well as his two brothers, Daniel and Moana, played in the Rugby League. His favorite moment during his adolescence was winning the rugby grand finale at age 14.

In 2015 Mailata was selected to play for the Canterbury-Bankstown Bulldogs. He soon found himself needing double heart surgery, on both the upper and lower chambers of his heart. The surgery required him to take a one-year break from rugby. During this time he grew in size both in height and weight.

After his break from sports, he and his brothers began playing for Five Dock RSL Junior Rugby League. He gained attention from a recruitment agent, Ben Rogers, who offered Mailata a spot on the South Sydney Rabbitohs in 2017.

This opportunity granted him a one-year contract with the North Sydney Bears. After some setbacks and complications related to his massive size, Mailata was given the advice to play a sport that “appreciated his size”. He was not given an extension on his contract but had no hard feelings about their decision.

Though Mailata loved rugby, he was invited by the NFL to try out for their International Player Pathway Program. Mailata wasn’t as knowledgeable about American Football, but he agreed to try out for the program. He was scouted by Jeff Stoutland of the Philadelphia Eagles. Who saw real potential in Mailata.

Mailata received mixed reviews and was labeled a “work in progress” by scouts, he was said to need extra development in his technique. But since American football was new to him, it was only a matter of time before he could learn and improve.

Mailata was determined to prove everyone wrong and spend his time practicing and improving his performance. He set out to master American Football and start for the NFL. He had improved his offensive snaps with an increase from 731 to 914, and a total of 22%.

His saving grace was his 6 foot 8 height and 300 plus body weight. All of Jordan Mailata’s practice served him well when he was drafted by the Philadelphia Eagles in 2018.

He was chosen as their 233rd overall pick in the seventh round, and only the second player to ever be drafted with no American schooling. He was given jersey number 68 and plays the tackle position. Jordan Mailata said that being drafted by the Philadelphia Eagles was one of the biggest star-struck moments of his life.

Jordan Mailata has played 29 games during his career with the Philadelphia Eagles since 2018 to date. And soon he will play against NFL defending champions the Tampa Bay Buccaneers. The Buccaneers are known for their newly signed player Tom Brady, who most remember as the starting quarterback for the New England Patriots.

Getting To Know Jordan Mailata Outside Of Sports

Jordan Mailata has stated that growing up his favorite athlete was Usain Bolt. He loved watching him in the Olympics and was awed by his speed. He has stated that if he could play any other sport he would have been a horse jockey. But due to his massive size, football is the best choice in our opinion.

Jordan loves movies and some of his favorites are the Lord of the Rings Trilogy and The Dark Knight Rises. He also loves Star Wars Movies. His favorite quote comes from The Dark Knight Rises and is from the character Bane. The quote is, “Ah you think darkness is your ally? You merely adopted the dark. I was born in it, molded by it. I didn’t see the light until I was already a man, by then it was nothing to me but blinding!”

His favorite Television show is The Walking Dead and he enjoys playing guitar when he has spare time. And he always wished he could be a swimmer and his first job was at McDonald’s. Mailata loves music and listens to a variety of genres, but favors music artist Jon Bon Jovi.

Even though Jordan Mailata lives in the United States for his American football career, he still misses his Australian roots.

Most of his family and friends still live down under. Since the pandemic, travel has been more difficult, so he misses them a lot.

Mailata is sponsored by a clothing brand called Johnny Bigg based out of Australia. They are a brand that caters to men who are big and tall, which is perfect for 350-pound Mailata.

Mailata has stated that he misses his native comfort food such as Australian meat pies and Australian sausage rolls. These foods are native to his home country and until recently have been hard to find in his new home, The United States.

Fortunately, Mailata no longer has to miss his favorite Australian comfort food because of another Aussie-turned-American, Michael Peacock.

And they’re based in what city?

Mailata is such a big fan of G’Day Gourmet’s meat pies and sausage rolls, that he has partnered with G’Day Gourmet.

We pride ourselves on our rich Australian heritage that defines our brand and embodies the traditional gourmet aussie pies we bake and pour our hearts into. Our Aussie food truck will be located at Pepsi Plaza, lot K inside Lincoln Financial Field selling our gourmet Aussie meat pies for every Philadelphia Eagles home game this season!

Stop by, say hi, grab a pie and please help us welcome Jordan Mailata to the G’day Gourmet team!

We also offer prepackaged Aussie meat pies that you can get delivered right to your door! If you or anyone you know is an Aussie native and want a taste of home, be sure to visit G’Day Gourmet today to place an order. We offer a wide variety of meat pies and sausage rolls, with options for vegetarians, too.